OK, I've never actually met Lee Noyes, for the very good reason that he lives on the other side of the world. I encountered him online him at ImprovFriday where I found Lee's music far closer to my own personal take on improvised music than many of the other participants - I enjoyed the sometimes indefinable quality of his music, the fact that it wasn't always obvious what was going on sonically or what instruments were being used - coupled with a palpable sense of structure and a real appreciation of silence. Later, Lee, the French musician Jérôme Poirier and I collaborated on a release for Jérôme's label "Three Leg Duck" which I thnk is especially successful considering none of us has actually met! In the process I've discovered that Lee is a wise and witty musician with an appealingly idiosyncratic approach. He also enjoys folk music, so he's obviously one of the good guys...

Mainly drums & percussion, though my original instruments were & still are acoustic & electric guitar and feedback electronics.

Most-recently, in duo with radiophonicist, Sally Ann McIntyre (who performs as Radio Cegeste) with whom I have been exploring textural and gestural playing in a reductionist vein. In the last few months I've also performed regularly in a piano/bass/drums trio, feeling our way around and trying to extend jazz-standards. I love to play and tend to adapt my playing to whomever I'm playing with, so Dunedin with its unassuming honesty and ethic of collectivity has been a healthy place for me to be these past years. I play in a few ad hoc improv/noise/rock bands on either drums or live sampling/electronics with artists based around the None Gallery as well as others linked to the long-standing Dunedin punk/noise-scene.

I also like to work compositionally using improvised material of my own and in combination with that of overseas artists thru postal/internet collaboration. This brand of activity has been ongoing and very rewarding. The picture wouldn't be complete, however, without mentioning the the level of energy that goes into my daily work as a class teacher, music teacher & gymnastics teacher at DRSS. One of the teaching-ideals we try to work with is staying with a class over their school journey - I've been living this ideal these past five years with my class of children allowing us to build incrementally and without hurry on everything we've done in that time. It's not a case of of empty words to say that I've learned as much from them as they have from me... our musical exploits are as serious and as genuine as any I've been involved in; and we've played a bit of everything - graphic scores, free-improvised, orchestral classical and folk music from all eras and corners of the globe.

The first album to drag my attention away from the radio was 'Graceland' by Paul Simon. My parents bought the record on its release - I'd put it every day on arriving home from school and spin it until dinner time. I knew every lyric and every note by heart. I was thrilled to later get a cassette copy for Christmas and play it through my walkman wired up to car-speakers. Seeing him perform Graceland Live in Zimbabwe blew my mind wide open though - it was very different... basically, they were playing it wrong! When I got over my initial anger, I realised I'd learned something important about music.

My most recent purchase (and the first CD I have bought in a four-year dry-spell) is Keith Rowe/Radu Malfatti's "Φ" on Erstwhile. Imaoto by Malfatti and Klaus Filip from 2009 really grabbed me, and while I've never considered myself much of a Rowe/AMM fan, I felt my current listening interests would be served by this one. I have not been disappointed.

"Saxophone Special" on emanem. Steve Lacy & the SME running through Lacy compositions was a game-changer for me.
"Eusa Kills" by Dead C on Xpressway/Flying Nun, includes a drop-dead rendition of Marc Bolan's 'Children (of the Revolution)'.
"Dumbala Dumba" by Taraf de Haïdouks. Impeccable. 'Nuff said, really.

Seeing Michael Morley in '94, (performing as Gate) on a New Zealand tour with Vancouverites Mecca Normal and my former home-town-New Plymouth's Peter Jefferies (of Nocturnal Projections). Morley had been on stage for a good five minutes, apparently testing the guitar lead on various parts and surfaces of the guitar before I realised he wasn't a roadie, and yeah, actually... that was my foot tapping along. I was totally taken aback, and completely convinced. The album he was performing was 'The Dew Line' (Table Of The Elements) and can be added to the above list. Another positive effect was his willingness to hand me a copy of the release with the understanding I'd mail the cash to his home-address - a gracious gesture that left a mark on me.

None Gallery, Dunedin. Pubs are okay, sure - but the scratchedblack floor and whitewashed walls of the local DiY have been the site of too many incredible and incredibly understated performances, some of which I have been fortunate enough to have been part of.

Possibly the Dunedin Town Hall, leading a troupe of 50-odd student guitar players through a rendition of Jack Johnson's 'Upside Down'. Hearing my voice reverberating though the cavernous space to an audience of several hundred parents and families was mildly surreal, given my usual performance parameters.

Well, I love playing. I play with as many different people as I can, every gig is different and always look forward to those moments when it all simply comes together. It can be hit-and-miss at times, but that to me is what keeps live music relevant in our (saturated) era of recorded sound.

Improvisation has always been at the core of what I do, though it's fair to say I value the role of compositional-thinking, especially whilst improvising. I believe composition is enlivened by improvisation; and similarly, I think it's fair to say that a consciousness of structure and a certain intentionality in playing tempers those aspects 'free-music' that can leave it most open to criticism. Goethe illustrated it best as seeking a breathing; the outbreath and inbreath.

My parents for raising me, and my wife for putting up with me. That's three.

In New Zealand, I love living in Dunedin and I love to visit Wellington. While living in Gothenburg I used to enjoy my visits to Copenhagen.

Much of my reading is for my own kids or for my class-children. It's really quite impossible to overstate the mileage we've gotten from Brothers Grimm. Another favourite is Howard Pyle's version of Robin Hood, written in the mid-19th century, beautifully written for reading aloud.
Meanwhile, I've dipped into Thomas Pynchon and really enjoyed, but realistically, I'll likely have to wait until I have a less demanding day job before I can give him the attention he requires...

No one in particular. I've really done quite a good job avoiding pop music since I was about nine years old... so perhaps if someone put on some Nik Kershaw or Level 42 the waves of nostalgia would flood over me... 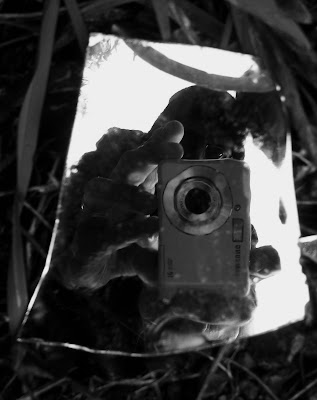 The Music Questionnaires are an ongoing series
at 8:52 pm