I first met John about 18 years ago when I turned up for the first ever practice of the London Electric Guitar Orchestra - and after the initial rush of interest we struggled on for what seemed like months as a guitar trio of John, Jorg Graumann and myself, before the concept finally took off and I was able to leave for "sartorial reasons". Since then I've spent a hilarous few days in Hamburg with him at an improv festival, and given him the odd gig. I always liked the fact that John is roughly the same age as me and shares a post-punk history - he was the leader of the sublime "Grow Up" as well as the guitarist in Spherical Objects. These days, outside of improv and twangy guitar instrumentals, he's probably best known as one the stars of the wonderful Two Thirteen TV...

Using green screen to create visual equivalent of multitracking - filming myself as I lay down each track then mixing them together to make film with several me's playing the music. Having been addicted to multitracking since my first 4 track cassette in 1989 this is a delight especially as it becomes an 'analogue' experience, as it it's not possible to edit each take, you have to get it right in one go.

Well i subscribe to Spotify so I suppose that counts as buying. I've been playing J.S. Bach: Cantata Bwv 39 - 'Brich Dem Hungrigen Dein Brot' every morning for the past month.

Jonathan Richman at the Shepherd's Bush Empire in 2009. His refusal to play any of the old stuff - turned into a philosophy of life by way of the song 'Es Como El Pan' (It's like bread, when its even one day old it's no good). He played a nylon strung acoustic with no strap or pick, wandering off mic frequently, getting the air conditioning turned off so you could hear him and so we suffered cos 'when you refuse to suffer, you lose' - mucking about - wonderful!

The Club Room during the 90's

In the years we did annual relays there were a lot of odd spaces - tents, railway carriages, disused power stations, paper structures - the strangest was probably the disused power station in Berlin where there was no floor/ceiling in front of me and the audience stood opposite on the other side of the abyss. There were huge burnt patches on the walls where the cables had run.

The first time I played with Pocket (me and alex ward on electric guitars, with bass and drums) - at the 12 bar club (was it a Baggage Reclaim event?)[probably - Richard]. A genuine 'band' evolving from chance meetings and a coincidence of tastes, moving through the early stages with apparent ease and then performing even better than rehearsals suggested. I'd been playing impro for many years and this was my first return to tune-based material.

Back to the Future
Sholay

Oh my god so many!
Me and my sister had about 15 singles when we were about 12 and 11 respectively (1970ish). We spent whole days playing them, A sides and B's, on a Dansette. We voted on them and made a weekly Top Ten - it was the same records each time, but in a different (hotly contended) order.
All the singles belonged to my step father and were from the late 50's early 60's and I feel sentimental when ever I hear one of these - Elvis, Bobby Darin, Marty Wilde, Connie Francis, etc.
If I had to choose one it would be 'Everybody's Somebody's Fool' by Connie Francis - simply because I like singing it! 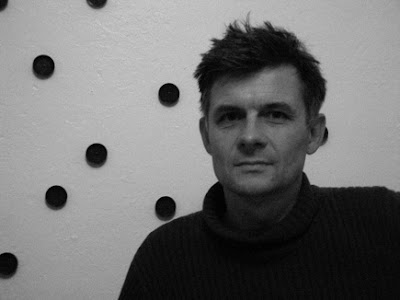 The Music Questionnaires are an ongoing series
at 11:23 pm