I can't quite place where I first met Duncan Goddard, but somehow living in Teesside and sharing a love of Faust and Can it was inevitable our orbits would collide. We've collaborated a couple of times, in the early 80s in a noise-rock improv trio called "Macbeth" (with Steve Dinsdale) and in the early 90's in best forgotten pop project. In the meantime Duncan's first love - electronic improvised music - finally paid off as his long running project (with Steve Dinsdale and Gary Houghton) Radio Massacre International began playing international gigs and releasing acclaimed CDs. We met again via the internet a year or so ago, and in the flesh at a Drop gig in London. I still enjoy his spiky wit and enthusiasm for some of the more neglected regions of music...

radio massacre international. but it's time I branched out. working on a wee symphony in stolen moments. no, that's not its name, nor will it be.

bowie's cover of "See Emily Play". didn't catch the intro (by alan freeman, in 1972 or 1973) so all I heard was him back-reffing this strange music as "a memory of early pink floyd". when I finally heard the original a couple of years later, I was astonished. round about then, I think I got a copy of "silver machine" & saw "7 seas of rhye" on top of the pops. between those things, something lasting was forged.

labradford, at the highbury garage. on one of the rare occasions of one of them actually deigning to speak to the audience, it was to apologise in advance for an abbreviated & insubstantial set due to equipment failure. they did enough with what they had left working, to produce tears & a decision to buy a memorymoog at the earliest possible opportunity. which I did.

as an artist? st mary's church, philadelphia. as a punter, fond memories of the coatham bowl in redcar, but like a lot of us metropolitan types I'd choose one of the two larger south bank venues. RFH if pushed.

the cafe/bar of the liverpool playhouse, in 1987, playing bass in a three-piece completed by an actor on tenor sax & a stage-manager on guitar. we did a segue/mash-up of "summertime" & "stormy weather".

in 2007, we had spent six months collecting material for an album which was inspired by rather than being a tribute to the late syd barrett. then we decided to try to plough through the whole thing live, in one go, by way of launching it. it worked, we pulled it off, it sounded great, & so we did the whole thing again in baltimore a few weeks later. this was an unusual approach for us (see below) & it satisfied us that we could still learn an arranged set.

very much so, & in truth the response to the previous question should reflect the many many times that the magic has visited an improvised live perfromance. "are you the band that makes it up as you go along?" we were asked in 1982, before being barred from the dolphin in redcar. well, it seems to have served us better than them.

I can't. there are many people I admire, for music & for plenty of other things; I think it's just blind chance that some of their "heroic" actions come to prominence or public knowledge whilst others remain unknown. there's heroism in everyone, to some degree- I can't single anyone out.

haven't been to a city I didn't like, with the possible exception of LA. but madrid's close to the top of my preferred places at the moment. stockholm. vienna. manchester.

A couple of favourite books?
complete shakespeare, anything by greg bear or larry niven.

(looks at DVDs) "in like flint", "dark star". but tomorrow I might say something different. is this indicative enough of my character for us to move on? I find it very difficult to leave a film halfway through, no matter how bad it is, but if it's got jack black in it, I can usually manage. he's a fat unfunny turd.

encyclopedia dramatica. somehow it gives me hope that the internet will fade into the background & become the preserve of the sorts of folks who write crap like that, while the rest of us dip in & out & get on with our lives.

see above. a guilty pleasure. also, comedies of manners done by americans ("larry sanders" & the like). they're so busy being good at it that they completely miss the irony.

yes- "the carnival is over" by the seekers. not the least bit ashamed of that. my "best of..." seekers collection is right next to "chaos AD" by sepultura. 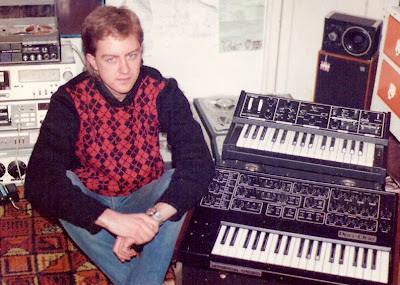 The Music Questionnaires are an ongoing series
at 11:39 am