I've never met Alex Stone, but I've known him for about 10 years. We got to know eachother initially on The Fall Forum, where we bonded on many subjects, free improv, traditional music, post-punk, new-wave sci-fi etc, and hardly ever discussed The Fall. He was also a welcome commenter on my previous blog, and lately, rather inevitably, we've hooked up on Facebook too. I was aware of Alex's avant-prog-folk-improv band, Big Block 454 before hearing them on Stuart Maconie's programme, but took a while to make the connection with the bloke I knew online. The current album is utterly splendid. I've never met Alex Stone, but I hope to rectify this soon, he is, after all, a morris dancer too...

Guitar, bass, keyboards, accordion, and anything else I can get my hands on that will make a noise. I suppose I should also say that I use the computer as a musical instrument, too.

Just finished making an album with Big Block 454, which is a kind of dadist pop group. Also engaged in producing a series of ambient/experimental recordings.

The first record I remember asking for as a kid was “Who Is The Doctor” by Jon Pertwee. The second was the soundtrack to 2001: A Space Odyssey. It’s no wonder I turned out the way I did. I still enjoy Ligeti, and I still think Jon Pertwee was the best Doctor. But all my life I’ve enjoyed strangeness in music, and I think that’s the legacy of those recordings.

“Dumb Supper” by Cath and Phil Tyler – yet another interesting take on British folk music; “Edgar Broughton Band – The Harvest Years” – the first five albums by this highly underrated band in one package; “A Spare Tabby at the Cat’s Wedding” by Moon Wiring Club – because I’ve got a very soft spot for the Ghost Box style of hauntological music. And The Unthanks – “Last” which surely requires no explanation.

Evan Parker, Barry Guy, Eddie Prevost and Keith Rowe at The Band on The Wall. I’ve never seen improv played with such passion, emotion and skill. True telepathy going on, with Barry Guy a bizarre and (he told me later) not unintentionally comic focus for the eyes and ears as he battered the hell out of two double basses at once. Had a nice chat with Keith Rowe about the art of roofing.

Upstairs at The Black Lion, Salford. It used to be the setting for some very exciting and furious improv.

Did a gig at Holy Trinity with Richard Skelton, Xela and Seasons {Pre-Din}. Very beautiful, devotional improvised music came out of us that night and it made people cry. Meanwhile, the vicar and a very tall goth curate were serving bottles of good ale out of the vestry.

Every time I play anything I improvise to a degree, so yes. I aspire to the rare moments I’ve felt on the occasions when it has seemed like Music is playing me, and I hope one day to be a worthy conduit. I imagine on my death bed my eyes will spring madly open, I’ll croak “Quick, the guitar...” and, in front of my incredulous relatives I’ll do something like bang the front of the guitar, hold it to my ear and expire with a look of profound joy. Or, more likely, I’ll ask someone to stick “Another Green World” on for a final spin.

Can’t say I’ve got any. Plenty of people I admire, but for a long time I’ve felt that the best way to live is to become the best at being me. I take advice from wise people, of course, but they don’t know everything – no, hang on, I think Derek Bailey did. Shame David Sylvian didn’t listen very well.

Liverpool. I was brought up there, and I’ve happily let it become a mythical place of memory rather than somewhere I’d want to live again.

M. John Harrison – “The Course of The Heart.” It’s got something as indefinably strange and wonderful that can never quite be reached. Which is funny, because that’s what it’s about. Try it.

Nikki Segnit – The Flavour Thesaurus A wonderful resource of information about flavours; ideal for those of us who like messing with food.

Roger Phillips – “Mushrooms”. The best guide to our fungi.

Yes. Unfortunately, it’s “More Than A Feeling” by Boston. I don’t want to talk about it. I do find myself feeling sentimental about some of the old hymns I used to have to sing when I was a kid. "Come ye thankful people come" and "For those in peril on the sea" were favourites. Probably still are, if I were to go to church. Maybe I'll do a hymns album. 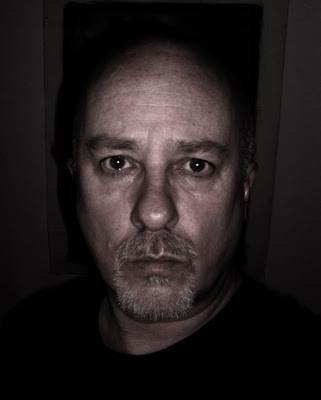 The Music Questionnaires are an ongoing series
at 10:52 pm