I've actually worked with Ian in two different places over the years, in an office and in a record shop, and I've occasionally played with him too, most recently in a trio with Kev Hopper called "64 Bit". He's been in a dizzying array of bands and collaborations including Gallon Drunk Terry Edwards and the Scapegoats, crypto-funksters SLAB!, astro-funk improv collective Lob and his lovely duo with Pete Flood (of Bellowhead) the Treecreepers. Ian is a generous musician and never less than delightful company and he plays a wonderfully economic and beautifully toned trumpet. I wish I saw him more often, but he does live on the other side of the Earth (or Teddington, if you prefer...)

You mean own?, trumpet and guitar

An improvising trio called Elvers, and I am playing some guitar with Solus Rex, and 64 Bit if we ever do another gig?

Kasia All Stars “In the 7th Moon, The Chief Turned Into a Swimming Fish and Ate the Head of His Enemy By Magic”

Shankar “Song For Everyone” with Jan Garbarek £1 in the local charity shop…..it may go back

Django Bates “Good Evening here is the news” £1.50 in local charity shop…..will keep this one though

The White Riot tour at the Electric Circus, Collyhurst , Manchester on May 8th 1977 with the Subway Sect , The Slits and the Clash. I have been to better concerts over the years but that was a definite turning point for me. Of course I had long hair at the time but cut it off pretty soon afterwards. I have a bootleg of the gig and the Clash sound pretty rough and out of tune, but I didn’t notice or care at the time

The Club Room. Also I was on holiday once and went to the Fondation Maeght in the south of France, a wonderful museum and open air sculpture park, imagining seeing Sun Ra or Albert Ayler there would instantly transform that into my favourite venue.

The Club room?.....actually one of the strangest was at the party after (or during?) for the Brit Awards ceremony a few years ago in Park lane with the Baby Trio, there were fairground rides inside the hotel…..playing Roland Kirk tunes and such like to pissed up disinterested revellers

I was in a large ensemble at the Red Rose once and almost had an out of body experience, I could almost see shapes swirling around and doors opening as the music developed. I later read an interview with a well known improviser that was in the same group saying how that particular gig just “wasn’t happening” for him.

The Tin Drum and Carry on Screaming 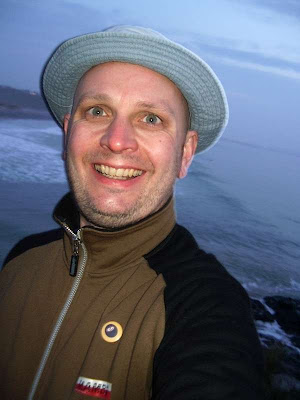 The Music Questionnaires are an ongoing series
at 12:07 pm